I love this theme! A simple term, LANGUAGEBARRIER is put into literal sense in six examples of language names that are split in half by a black square. It is not perhaps surprising that in the process, the split words involve proper names in four of the six, a foreign word and an archaicism in the other two. That caused the difficulty of the puzzle to skew up slightly for a Monday, but I didn't mind in the least.

The language choices are split between European (GER/MAN, POL/ISH, and LA/TIN) and southeast Asian (HIN/DI, UR/DU, and TH/AI). I suppose Japanese would have been challenging. Not to mention !Kung. But another nice piece of the theme is that the languages are placed perfectly symmetrically, including how they are split. Nice work.

1A: Lower part of the leg (SHIN) is a partial theme answer, so I'm not going to give it an official grade. That being said, I tried "calf" and then put "cults" in at 1D: Religious offshoots (SECTS). I suppose that might reflect my own particular approach to religion. But when I saw 2D (HIREE), I knew I'd gotten it all wrong. 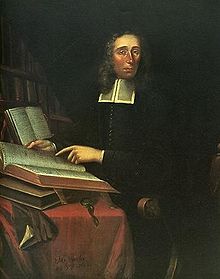 Some good long down answers scattered here: MERCUTIO has been the hot topic in Delmar recently, seeing as how Cece has been studying Romeo & Juliet in 9th grade English. GIFTSHOP is good as well.

A fair amount of ETNA, ENYA, EIRE, RIAA, EPEE, and so on. But I'll accept it for the theme. ISHALL accept it, I mean.