Good news! Frannie has decided to do another month of reviews!

SOR[RY] 'bout that. I would, however, like to thank Frannie for the rare (unprecedented?) treat of an entire month of entertaining commentary. As Colum so delicately put it, she has "injected some long-needed energy into the blog." (Nice. What are friends for, I ask you, if not to torpedo your beloved pet projects from within?) But seriously, she really did. And now, Dear Reader, you should brace yourselves for the Perry Como-like, AARP-style energy and excitement of a month of reviews by Yours Truly. Yes, UNSNARLS that lip, stop being so [CO][NT][RA][RY], and SETTLE for Horace! 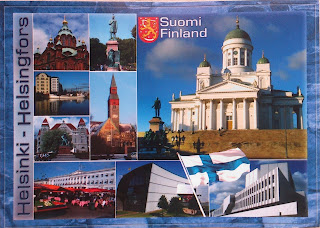 That's the terrible thing about April Fool's, isn't it? The disappointment. You start reading this review, for example, and you get all excited by news that Frannie will continue, only to have your hopes dashed. Similarly, as we started today's puzzle, we saw "1A: One of the Great Lakes," and thought, how can I be so lucky as to have such an easy 1A on a Saturday?! It's obviously Erie! The EERINESS continued with three more four-letter clues that just begged for easy crosswordese answers - "29A: Popular cookie" (obviously oreo), "45A: In opposition" (anti), and the classic "64A: Scandinavian capital" (Oslo).

Well GUESSAGAIN, HEXAD! Mr. Barkin (who took the top PRIZE at last years A.C.P.T.), has SPRUNG a trap! He's crammed GINORMOUS words into just four spaces by using TWOBYFOURS (55A: Construction staples ... or a hint to this puzzle's theme). It was that clue that finally gave it away. Not because I immediately figured it out, but because it validated the sneaking suspicion that something was up. Soon after that, it was the SA[KI] / [HE][LS][IN][KI] cross that broke things open for me.

We love a rebus here at H&F&C, and this one is delightful. It pokes fun at crosswordese, it's clever, consistent, symmetrical... all good things. For this we suffer the slings and arrows of a few drops of glue like AIRE (16A: Rich finish?) (the clue is good), AHS (43D: Features of Boston accents) (love it), and at the top of the list, BBLS (51D: Oil qtys.). Huh? Well, it is a standard abbreviation for a surprisingly non-standardized unit of measure. So I learned that. Another interesting thing I learned is that the term [AN]ASAZI is a word meaning "ancient enemies" that the Navajo used for the Pueblo. So, kind of a slur, I guess. I counsel you against using it when you travel to the Southwest.

Overall, a big thumbs up. A very enjoyable start to the month.