Most of this puzzle went right along. SWIMMEET and SALMA got me into the north east. I threw FLEECE and TOMATOES right into the south east, and dropped COVERAGE and RAGTOP into the south west. The north west was the last corner to fall, and it didn't so much fall as crumble. The only two I had in there for most of the solving time were COTTo and KEPTtoIT. Both those minor problems became a major FWABOE catastrophe when combined with all the other stuff I didn't know in that quadrant. I entered COTTo because the masculine form of an adjective is the default choice when you don't know the gender of the noun being modified. And if you don't know your pro wrestlers, John CENo is as good as John CENA. The PTtS mess at 5D caused by KEPTtoIT didn't bother me because I had no idea what kind of NEA Mr. Dekker had in mind at 30A. The NEA I'm familiar with is the National Endowment for the Arts, and I'm pretty they don't get their money from PTAs, well, unless there's another kind of PTA? Anywho, that two-clue abbreviation combination was too much for this SIMP. I do agree that I should not have let OAo slide. but I was too caught up trying to decide what letter to choose for my last empty square up there. It was the cross between the so-clued alphabetically rhyming river and Mr. ODETS. I took "alphabetically" a little too literally and tried only letters that came after P. Having never heard of Mr. ODETS (I have since looked him up - apparently he wrote another crossword puzzle favorite, "Waiting for Lefty") this seemed like a fine idea. I didn't feel the least bit WYLE when I finally figured out where I went wrong. :( 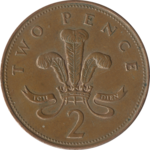 Despite all my troubles, the puzzle was not without an air of ESCAPADE. I liked OAT for Wild thing? quite a bit. ALAKAZAM was another fun one, along with Pop enthusiast? (MOM) and Hard stuff to swallow (BOOZE). I'll add to this group QUIXOTE, which seems an improbable word, but I'm happy that it is one.

QUIXOTE brings us to the pangrammatical (?) nature of this puzzle. All twenty-six letters are here, some with bells on. There are more Z's in this puzzle than you'd find at a narcolepsy conference. Too soon? Plenty of Q's lined up to boot. I notice that the corner with the fewest "unusual" letters is the one I had the most trouble with. I also noticed that every letter but one appears in the bottom half of the puzzle, taking 34 and 37A and below as the halfway point. I see online that there is some debate about the value/joy/challenge in a pangram puzzle. I guess I come down on the PRO side (not actually a word in today's puzzle) even though people argue it can result in junky fill, but it can also get some rarely seen vocabuli into a grid.

Additional SHREWS analysis of this puzzle brings up the following points:
SMEARY is a terrible word, made more terrible by the clue: Like cream cheese on a bagel. Ick.
BSC is like a BS form of BS.
Crossing BOOZE and UZI seems like a bad idea.

~Frannie out [mic drop]
Posted by Frances Page at 8:57 PM