OK, let's get this out of the way right away - the Eagles played a great game yesterday. The coaching was gutsy, there were some great catches, and things generally went their way. Congratulations to Philadelphia fans everywhere. 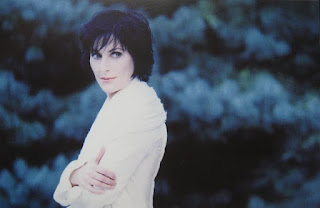 Now, we're on to Cincinnati... er, I mean the puzzle. The answer that sticks out the most to me today is CONTAC (4D: Popular cold and flu medicine), because as I type I am at home, sick with a cold. It came on during the day yesterday, but really took off, as they always seem to do, during the night. Anyway, I wish I had some CONTAC right now!

I like the theme today, because who doesn't like the MOON? And when you finally get to the revealer, the puzzle really lights up! At least when solving online, where thematic answers are highlighted automatically when your cursor (or whatever) is on the revealer answer. It's a little too bad, if we want to get picky, that the phases don't go in perfect order, but I don't think that's a big problem, especially since we don't have a complete sequence. I mean, wouldn't we have to have "gibbous" in there somehow to balance out "crescent?" But I'm already making too much of this... let's move on.

I like SLEUTHS (40A: Detectives) in the middle there, and FACET, STRUT, and MEWL are all good. The two long Down answers, SIDCAESAR and EVICTIONS are both fine. Sure, SIDCAESAR is a little old fashioned, but I think he's still pretty well-known. Interesting that we've got a lot of animals in the grid - LAMB, HART, CLAM, ELKS, NEMO, and STUART Little. Might have been fun to have one or two that howl at the MOON, but one mustn't ask for too much. A good general rule. Five Superbowls, for instance, are enough. For now.