Yikes! A TRIGonometry-based theme! What else should we expect from a constructor whose day job is being a math teacher, I suppose, but it's bound to HITANERVE with some folks. And I admit, I was more comfortable "being graded on a scale" in MUSICSCHOOL, or learning about BRECHT or ECUADOR, THANI was dealing with functions. I'm sure, though, that some of our regular readers will be delighted, and for that, I am happy. 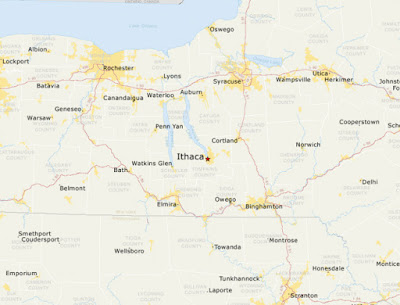 The "container answers" as we'll call them, are all fine. STAYSINSIDE (17A: Is a recluse) is just two words smashed together, whereas MORSECODE (52A: Where S is ...) (Nice!) is a two-word phrase you hear together all the time. In fact, you can barely hear either of those words without thinking of the other. But STAYSINSIDE is clued fairly, and really, I don't have as much of a problem with "just two words smashed together" as some people do. Speaking of which, I chuckled at the clue for LEFTRIGHT (35A: When repeated, marching orders?) when I finally understood it. Ha!

There's some nice mid-length material in STAMINA, EPDEMIC, ZEALOTS, and RAMRODS, but that middle section was pretty brutal. RETOW (28D: Haul back to the auto pound) next to VIRNA (29D: Actress ____ Lisi of "How to Murder Your Wife") (Who?) crossed by ONAT (41A: Go ____  great length)... none of it made any sense to me for what seemed like a long time.

In stark contrast to yesterday's opener, I loved today's: 1A: Like recollections of people trying to avoid perjury? (HAZY). Hahahahaha! Very nice.

p.s. The clue/answer 23A: Marshall's successor on the Supreme Court (THOMAS) is the saddest thing I've read in quite some time.
Posted by Horace Fawley at 7:34 AM