An extra-large end to The Turn this week, a 15x16 offering with totally isolated corners and a triple 16-stack (!) in the middle. The 16s are all solid, but as usual with stacks, the proof is in the crosses. Today, the triple is pierced by some pretty good long stuff. ALIENATED (33D: Cut off), THESSALY (17D: Region near Mount Olympus), and LIBATIONS (28D: Celebratory round) are my favorites. And even the three-letter answers aren't bad. It's nice being reminded of LIZ Lemon, and the clues for DTS (36D: Letters that come before AA?) and AYE (37D: House call?) were quite nice. 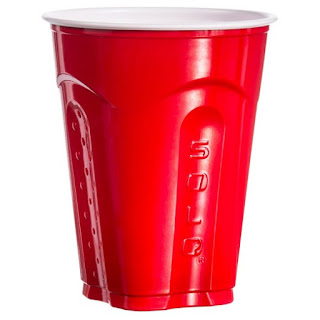 I started this last night after a NIP or two and eventually CRASHed, but this morning things fell together nicely. I really like that SW corner, with RARAAVIS (50A: One of a kind), ASIFTOSAY (56A: Seemingly expressing), and STATELINE (59A: Fugitive's destination, maybe). And that Emerson quote is nice, too: "Manners require time, as nothing is more vulgar than HASTE."

The NW is very worldly, with NIHAO (5D: Greeting in Guangzhou), ANCHO (4D: Dried chili pepper on Tex-Mex menus), and the two unknown-to-me people GENET (3D: French novelist/dramatist associated with the Theater of the Absurd) and KOENIG (14A: "Serial" podcast host Sarah). And I guess we could throw in ETRE (26A: "Seriez" is a form of it).

Boy, I just now understood the clue for (ONEHALF), the arrow is pointing over toward the clue number. Meh. I suppose it looks better in the print version, because the A isn't included there.

Overall, I liked it a lot.