This sort of theme AMUSES me (mini-theme entry there). I figured it out very early. 23A: "Stop! You're killing me!" (THATSHYSTERICAL) was fairly obvious, and then 24D: Poison ivy, e.g. became an issue when I had YNE. Then I saw that you could imagine the Y as a VI going down. Thus the title of the puzzle, "Cracking Y's". All of the theme answers have to do with comedy (although I'm sure you could cavil at YOMAMAJOKE), so there's a tightness to the theme. In addition, there is no Y in the grid which is not cracked, which I appreciate.

I also appreciate the nod to New England at 1A: 52-story Boston skyscraper, familiarly (THEPRU) and at 80D: Patriots' org. (AFC). I see no similar acknowledgement of Philadelphia, opening up the NYT xword to attacks of favoritism.

I will now turn the blog over to my esteemed colleague, Mr. Horace Fawley.

Greetings from New England! A scant three hours remain before kickoff, so I've got to get this taken care of right quick. No time for grandiloquence! (Local pre-game TV began at 5:30am today. Why??)

I sussed the theme later than my colleague, but the sussing was related to discussions I have had with his wife, who is wont to quote the line, "Fortune and love favor the brave." Good ol' Publius Oydius Naso. A contemporary of Yrgil. ... ok, that's just silly. HAHA (mini-themelert!) EVERYBODYSACOMEDIAN, eh?

And speaking of Latin, did anyone else find the clue "Latin for "womb" (UTERUS) a little weird? I mean, we use the word UTERUS. Womb isn't so much a translation of Latin than it is an alternate English word for the same thing. It's like cluing "cranium" with "Latin for skull." I mean, it's fine, but still odd. At least to me. Especially when they just toss out answers like PERINATAL with no mention of Latin at all!

These theme answers are all fine, but they're not particularly exciting.

Interesting about Novo-Ogaryovo being the official DACHA for the Russian president. I feel that will eventually be useful information when the clue/answer is reversed someday in the future, so I'll try to sock it away somewhere. And I kind of enjoyed the inclusion of VAR as an answer instead of as a signal that you'd have to soon be putting something like "iglu" into the grid. Heh. It's the little things, right? Like the news that Marie Curie's LABNOTES are still radioactive. How cool is that? 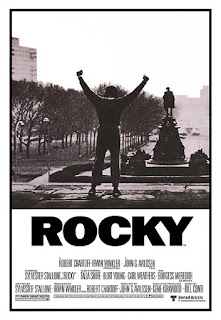 I post the photo I do today because I watched it for the first time maybe ten years ago, and it was way better than I expected it would be, but as I post, I notice that they have, indeed, included at least one reference to Philadelphia. Still, I'm hoping it's outweighed by the two Colum mentioned, and other New England-y things like Lobster POTS and, hopefully, VICTOR.

p.s. I'm not even going to mention ARGOSIES.
Posted by Colum Amory at 3:58 PM