This was an odd solve for me, because I didn't really figure out what was going on until I put in my last two letters, the E and N of MEGRYAN (18A: Germany). Only then, did I realize that four of the clues were anagrams, a SHUFFLE of four HOLLYWOOD stars' names. Phew! Luckily, for me, the whole thing played rather easy for a Thursday, because I'm not sure even knowing the theme would have helped with ANSELELGORT (33A: Ernest Gallo), which is a name I'm not familiar with. 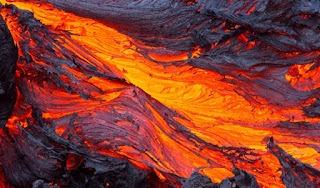 One doesn't think much about a SILENTO (17A: Feature in "People"?), so that was interesting, and I've always enjoyed the name ARAPAHO (16A: Cheyenne ally). I loved the clue for AMRADIO (63A: Band not known for music?). That might have to go on the list. And Frannie really loved 21A: Actress Elisabeth who's been on the cover of Rolling Stone, ironically (MOSS). Hah! I wonder if they made any mention of it in the magazine.

It was odd having the two pieces of NOT/STIRRED ("Bond specification") split so far apart, but still, I liked the answer. Me, I stir mine, just like I stir my Manhattans.

I suppose that ARE (7D: Total arithmetically) is referring to a phrase like "Two and two ARE four," but I don't like that explanation. Anybody got another one? Also, I had never heard the term SIDEEYE (64A: Contemptuous countenance), although I can picture it perfectly.

Overall, I enjoyed this pretty well. I love being reminded of Pixy STIX, which I think I might have put down as my favorite candy when my niece gave me a long survey to fill out about my personal preferences. What's your favorite candy?

Posted by Horace Fawley at 6:28 PM