Tough puzzle! I spent a lot of time in the NW at the end today, and it wasn't until I reviewed the puzzle (before stopping the stopwatch!) and saw AnROPUNK for 5D: Alternative music subgenre (AFROPUNK) that I was able to change 13A: Had, as food" to ATEOF, which, in hindsight, is better than ATEOn. Boy, I just could not see that one! It didn't help that I had tried huSK at 1-Down ("Hide") and then erroneously put in hAiTi at 1-Across ("Island nation with a cross on its flag") (MALTA). The (German) shepherd clue was incredibly tough (3D: Something a shepherd may have on (LEASH))... Luckily for me, Edwin STARR was just in a puzzle a week or so ago, so I was able to get that one, but I had snIPPY for CHIPPY (22A: Given to picking fights) at first, which made ATTIC (2D: Web developer?) very difficult to see... what a disaster! Or, rather, a near disaster, since it all did come together finally. 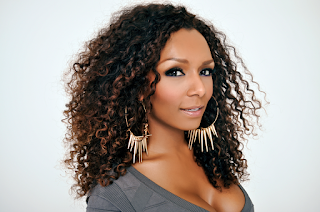 This puzzle also contained a very difficult cross (for me, anyway) at the intersection of 55-Across (Title woman of a classic 1928 André Breton novel) (NADJA) and 49-Down (One of the Ghandis) (RAJIV). That is the exact type of cross that I expect in at least one or two of the puzzles in the ACPT this weekend. I like to think they use them to thin the herd a bit. Luckily for me, I guessed right. (RAiIV just didn't seem possible.)

Let's hope the puzzles go as well for me tomorrow! For all of us who are competing! :)

So aside from those tricky areas, and after a minute or two of sheer panic when nothing was coming to me at all, this fell together slowly. I think I got started with the gimmes of CHAN (19D: Jackie of "Rush Hour") and CRUE (26D: Mötley ____), which gave SCENE____ at 25-Across, then SABLE, then who knows what exactly...

Overall, I liked the challenge. I feel it was a good warm-up for tomorrow.

See you in Stamford!