Ms. Lempel lets the air out of STUFFEDSHIRTs and other unflattering names for self-important types with her clues for today's theme answers. I enjoyed the answer BLUESTOCKING, but feel like it's the odd man out in this group, so to speak. According to the Wikipedia, a bluestocking is an educated, intellectual woman, more specifically a member of the 18th-century Blue Stockings Society.  Until the late 18th century, the term had referred to learned people of both sexes, but was subsequently applied primarily to intellectual women. That being the case, it will come as no surprise that the term later developed negative implications. 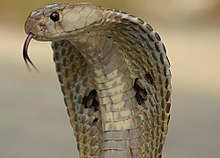 The four longer down answers were solid. I especially liked CHRONICLE, which I thought was aptly clued. I also enjoyed both the PORKYPIG and LINUS references. Linus was the best Peanuts character, if a little bit of a SMARTYPANTS. :)