A silly theme today with common expressions being clued to emphasize the animal homonym of the opening verb. DUCKSOUTOFVIEW for example, is clued with "Why the hunter couldn't shoot the mallards?" A bit tortured, I guess, as the more natural answer would probably be "Because the ducks were out of view," but you get the picture. The other three are all much better, and I guess my favorite is 47A: Whose conversation might be about shaggy hair and Himalayan peaks? (YAKSONTHEPHONE). So absurd. 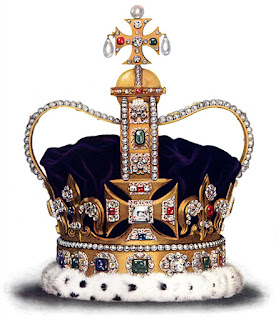 I'm always a little troubled by clues like 34A: Who's doing this crossword (YOU), because it's really not YOU, it's me! Grrr.... but I did enjoy 6A: Where a person in charge is making the rounds? (BAR), 41A: His last words were "The rest is silence" (HAMLET), 51D: In good shape (HALE), BAFFLE (9D: Confound), and 25D: Many a single-gear bicycle (FIXIE), although I think the percentage of FIXIES drops precipitously the farther you move away from Brooklyn. :)

The long downs are adequate. DESKSETS (5D: Combo office accessories) and RESTSTOP (8D: Traveler's convenience) are a little ho-hum, but certainly not objectionable. IDIOTBOX (37D: Boob tube) is strong, and who doesn't enjoy a TAKEHOME (38D: Not-so-intimidating sort of test)? I even like SCOTTY (43D: Who was instructed to "Beam me up" on old TV), of course, even if it is now quite dated. So am I!