Top o' the mornin' to ya! It's Horace here, one day early, to fill in for Mr. Amory, who is out of range today. On his behalf, I will note that this puzzle was very segmented, with five separate solving zones, some of which - for me - fell quite a bit faster than others. 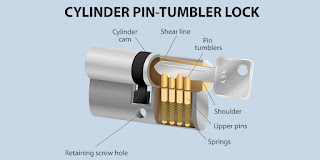 Luckily, I was listening to a lot of k.d. lang in the 1990's, so CONSTANTCRAVING was a gimme with those first three letters. Unluckily, I tried "raw sienna" (yes, I know, it's "burnt sienna" and "raw umber"...) at 34A: Reddish orange (TANGERINE), which really fouled up that middle section. As did my decision to leave elCID in place for far too long!

In the SW corner, I was really hoping that 35D: Where drones return (AIRBASE) was talking about bees instead of weapons, but oh well.

The right side was much harder for me than the left. I knew I knew the word CAPSTAN (8A: Rotating part of a tape recorder), but it took several crosses before I could dredge it up. (If you ask me, everything about cassette tapes should be forgotten!) And all I could think of was "orecchiete" for 16A: Another name for an ear shell (ABALONE). And speaking of Italian food, did you notice that "spumONI" fit in at 12D: Trattoria dessert (TORTONI)? Hmph.

NOTIT (22A: Playground declaration) brought a smile, as did the tricky KNESSET (40D: Mideast diet). Ever since being burned by that alternate definition of "diet" in a puzzle many years ago, I've been able to think of it when necessary. In stark contrast to my recurring inability to correctly understand the kind of clue used in SILENTT (59A: Depot's terminus?). Every. Single. Time. They get me!