Wow. This was a good old fashioned Saturday struggle for me! I chipped away slowly with little things like EDDA, ERR, ACE, POI, POE, LEA, NIPAT ... and then after guessing CASTLES (Moves two pieces at once, in a way) and putting in "like" at the end of 5D: Oafish (APELIKE), I was able to get PARKINGGARAGES (Places where drivers get tickets), and then, finally, I got a little traction. 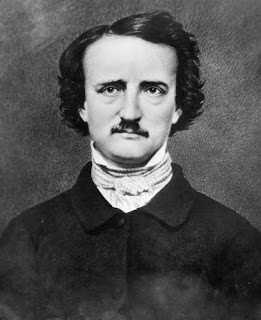 False starts for me included pAdthaI for SASHIMI (Dish often served with soy sauce), erasmuS for AQUINAS ("Summa Theologica" philosopher), LABratS for LABMICE (Experiment subjects), SliPSIN for SEEPSIN (Enters gradually), Somme for SEXES ("The Battle of the ____") (D. W. Griffith film)), INSertS for INSOLES (Arch supports), and the one that took me the longest to remove - ironMAN instead of AQUAMAN (Founding member of the Justice League). I was probably confusing my super hero universes with that one, but when I'm trying to solve a puzzle, I can't always be counted on to think entirely rationally. Take the AQUINAS/Erasmus thing - AQUINAS is much more likely, of course, but Erasmus was the first philosopher that came into my head, and it fit, so in it went. Anywho... all that made for a slower solve.

But none of that diminished my enjoyment of the puzzle. It's just the kind of Saturday I like! HILARITYENSUES (What happens after a zany plot twist) was a great anchor in the lower half, and I liked the "Term of endearment" combo (PRECIOUS/BABE). The connection from corner to corner was a little tight, which made it seem almost like four separate little puzzles, but I don't mind that as much as some reviewers do. (Hi Colum!)

My final of the four little puzzles was that NE corner, where OUTKAST (Rap group with six Grammys) was on the outskirts of my ken, and SILENTW (Who's first?) elicited the required groan only after everything but the last letter had been entered.

Again, this may sound like a negative review in some ways, but challenge is what I want on Saturday. This had only a few little bits of glue, and nothing that was at all objectionable (if, that is, you don't find the word SACS too off-putting).