Too much stuff I didn't know took some of the shine off this puzzle for me. My first run through netted me precious little. After completely striking out on the acrosses, my first solid gets were XTC, LAURA, FLOSSIE and SNOPES.

With those in place, I made another run around the bases and managed to complete the bottom half of the grid in relatively short order. But, I had serious delay of game in the north east, only to get bogged down for even longer in the north west. I'm not familiar with the RCADOME (Former Indiana arena that hosted four Final Fours) or FANDUEL (Big fantasy sports betting site). And, while ODDS seems perfectly obvious for (9 to 5, e.g.) now, it didn't seem obvious then. I even consider OrDS for a time (short for ordinals?).

I did finally complete the north west, but failed to get the congratulations I thought I so richly deserved. Turns out I had FWOED back in the north east. I had AZOmE for 11D: Nitrogen compound (AZOLE) because, well, azole? And I blanked on 22A: Senate majority leader between Dole and Daschle (LOTT). mOTT seemed like a perfectly cromulent name for a Senate majority leader to me.

Once I corrected my error, and completed the puzzle, there was still the matter of the circled letters to attend to. I had figured out that the circled letters in the center formed a diamond shape and spelled "baseball," but didn't see how "faux" in the NW, "hope" in the NE, "Neil" in the SW, and "legs" in the SE related to baseball. Despite the presence of what might seem like bonus material (GOTAHIT, WEEB Ewbank, BALKS), those of you following along at home know that they have nothing to do with the baseball part, but with the diamond. At least I think that's the case. Three of the four words formed by the circled letters, when paired with the word "diamond," results in something I've heard of (Faux Diamond, Hope Diamond, Neil Diamond), but I'm not sure what a "legs" diamond is. Anyone? 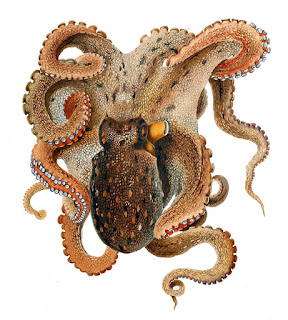 All that aside, the fill included a number of highlights including MRFIXIT, FROZONE, MANXCAT, DENEB and GFORCE, SLEW, and
FETCHED.

There were also these gems:
Gets a six-pack, say (TONESUP)
Swimmer with big calves (ORCA)
Character in "Friends" (SILENTI)
And, my favorite, Half-assed sort? (MULE) - Score!