Welcome, Dear Reader, to another Sunday puzzle review. Today your reviewer will be Horace, who is taking over from Colum and Frannie. For the last couple (few?) years, we've been rotating out week by week, usually on Sunday. It's been working well for us, and we hope you've been enjoying the different perspectives: Colum's erudition, Frannie's humor, and my everyday ignorance, brought to light today by the admission that I had to Google "Scarborough morning news show" in order to understand "62A: Hosting a morning news show: C+" (SCARBOROUGHFAIR). 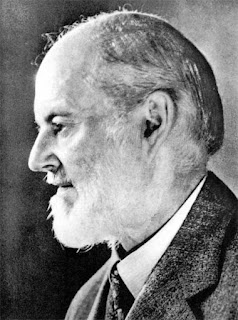 As many of my relations know, I don't watch the news. Why anyone would, I cannot say. There are ways to find out about important things without having to see each traffic accident, burst pipe, or random murder. Apparently, there is a person named Scarborough, who has a news show.

But enough about me. Let's talk about you. How did you like this theme of taking everyday two-word combinations and using the second word as if it were an assessment of the first word? As in PARKINGFINE, clued as "Valet skills: B+," or BATTINGAVERAGE (Baseball skill: C). Those two, and a few others, I liked. A parking fine and a batting average are both real things, and "parking" and "batting" are real activities that can be assessed. Others, like TASTEGREAT (Fashion sense: A) and MOTHERSUPERIOR (Parenting: A+) kind of work, but kind of don't. "Taste great" isn't really a stand-alone, common phrase, and while "Mother Superior," is definitely a known title, "mother" only means "parenting" in kind of a strained way. And BUCKPASSING (Stuffing tip jars: D) has even more problems.

The non-theme had some good fill, including the answer that took me the longest time to understand: DENTIST (Number of people in an office?). Even with the question mark, it took me literally forever (not literally, not forever, but a good long while) to finally read "Number of people" as "one who numbs people." Hah! Thank the stars for novocaine, am I right?

Some esoterica in MAGUS, AGITA, MASSE, OCTILE, and INCUBI, and some uncommon names: TRUDI, EGGAR, and ARIE, but nothing that couldn't be gotten through crosses.

Hopefully you had LOTSA fun with this one.