My time today is only slightly slower than yesterday's, and it's half of Thursday's - a topsy turvy week for this solver. This puzzle was anything but a SNOOZEFEST with zippy fill like NOPROBLEMO, IHADABLAST, IMOUTRAGED, and STANDINGO.

I didn't immediately guess any of the three long Across answers in the north east, but things picked up for me when I got to the south east. SUPERFREAK was a easy get. I did a little better on my first pass through the Downs. I particularly enjoyed the reference to Hercule Poirot at 2D, along with his stereotypical exclamation, SACREBLEU. I have been known to exclaim the same myself de temps en temps. Another made-to-order answer for me was ASPERUSUAL (In the customary way). And I often refer to my office clothes as a "Monkey suit" even though I rarely wear TUXES to work.

ZORROMASK came as a bit of a surprise (Part of a Halloween costume accompanying a sword). I was able to enter MASK right away, but Zorro was not the first sword holder who leapt to mind. 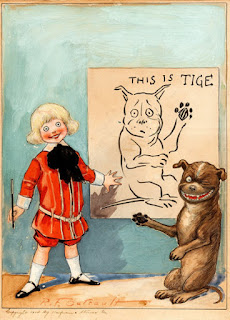 At first, I thought "It's a cinch!" for SASH was INAPT.  I'm more familiar with the sash as a fabric that drapes shoulder to waist, but I looked it up and apparently, there are sashes that cinch around the waist. WRUNG again! I suppose that's why this is a Saturday clue. And speaking of Saturday clues, it took me forever to parse the one at 7D: "Decide one will" (OPTTO). I kept reading it as if a person had multiple inheritance documents to make up their minds about, and they finally resolved one of them. Duh-erp.

It's the start of a long holiday weekend. While it's been a fun week of puzzles - including the jigsaw variety, which I completed earlier today - now I think I'll go have a dish of ENGLISHTEA. AILS CUB BUYS EON.