The trend continues. My Saturday time is the fastest of the turn this week. Strange but true! Today's time might have been even faster, but I got hung up on two squares that I eventually made (correct!) guesses for. As a casual viewer of the Marvel Comics, the actual name of Thor's hammer never struck home, so I was left to wonder if the first letter for the answer to 45D: "Went over," was d, l, or, R as in READ. My other problem was the cross between 42A: "'Abyssinia'" and 26D: "Compensate for something?" I had _ATA and REMI_. I wanted the correct REMIT, but at first I couldn't figure out why TATA was right. But then I did. :) 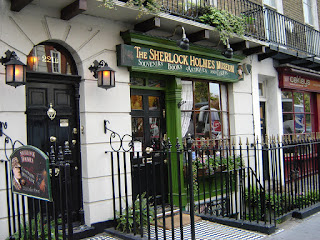 But I'm getting ahead of myself. My first pass through the puzzle evoked only STROP, LAERTES, BENE, BETTY, and TRACY. Thanks to the concentration of known items in the northeast, I focused on that section first. A few educated guesses later, plus a small assist from recently selling a Bruce Springsteen concert t-shirt on eBay, helped me make short work of that section. DABAT sure is odd-looking.

The sections of the grid are compartmentalized today so it's almost like four separate little puzzles. That meant that completing the northeast didn't give me much of a leg up on other nearby sections, so I headed to the southwest. Adding DAWN and ICING to the already-in-place BETTY provided the ENERGY I needed to put the hammer most of the way down on that section. ADAMSRIB for "Biblical starting material" is humorous.

From there, it was on to the southeast. I was able to put in BANTAMS off the B in BENE, and after I filled in EWERS for "Some still-life fixtures" I was able to get the amusing ESTATELAW for "Subject of passing interest?"

Next stop: the northwest passage. I tried "wonka" for "Eponymous candy man," which fortunately was 100% incorrect, so it came out quickly. Once I paired REESE with TRACY, I could see the clever ESCAPEKEY ("It gets pushed in a corner"), and the enjoyably weird-looking ZEROESOUT. ARTCLASS for "Where one might be graded on a curve?"  is also nice.

Then, as discussed above, I had to address those two blanks in the center before I could finally CEYLON to the "Congratulations!" message.

Well, we've come to the end of another fine week of puzzles. I hope you've enjoyed it as much as I have. As I pass the review baton to our esteemed co-blogger Colum Amory, I have only one thing to say, TATA, TTYL, and Our feet are stained!