FAKETATTOO might be my favorite thanks to its incredible clue - "'Mom' for a day, say." That's lovely. And INRAREFORM (At one's best) is a nice expression. I tried INfinEFORM at first, and that correction took until the very end, when I finally parsed out ERNURSE (Certain essential worker, for short) and then understood that it was a boxing BOUT that went "Round and round and round?" Lovely. 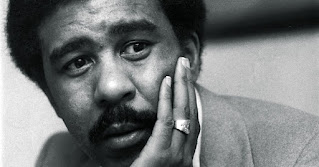 It's a lovely clue for ARENA (Team building?), but I swear I just saw that very recently. If not here in the NYTX, then in the excellent puzzles I've been receiving through Joon Pahk's Outside the Box puzzle subscription. I highly recommend it to anyone looking for some different forms of wordplay challenge.

Let's see, other fine clues included "Theater props?" (OBIES), "Lengths of rulers, maybe" (TERMS), "Time to go in" (CURFEW), "They're rolled out once a year at the White House" (EASTEREGGS), and the very first one - "It was all a dream, maybe" (PLOTTWIST).

One that I question is "Refuse" for WONT. If I put it into the sentence "I refuse," I can make it equal "I wont," but I don't like it. You?

Overall, while there was a lot in here that I liked, it still somehow didn't totally wow me. I've got the day off today, and when I finished this faster than yesterday's, I thought "Well, that's kind of an easy Saturday puzzle..." but then I realized it's not Saturday. So I guess that's not really a CON.

Posted by Horace Fawley at 8:00 AM