What won't people think of? In today's theme, revealed by the word JUMPSUITS - the names of the four card suits are shown in shaded squares, starting on one row and "jumping" up a row before ending. A novel idea executed well. 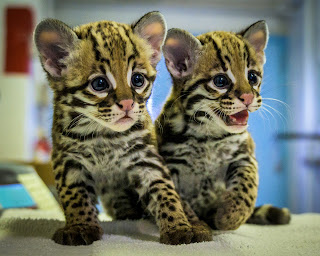 I had a few "first-thought errors" (FTEs) today, including Eggedon for "Nudged" (ELBOWED), BIGSuiT for "V.I.P." (BIGSHOT), and pITCH for 50D "Get rid of, informally" (DITCH). That last was corrected by understanding the theme, and by knowing that there has been no Princess Piana.

I am not familiar with the term KTURN (Three-point driving maneuver), but I guess it makes sense, if you think of what the maneuver looks like from above. ALPE (French peak) is fine with me, but may be surprising to some Monday solvers, and although I am vaguely aware that there is a state in India called GOA, I didn't know it was the smallest one. I'm guessing it's also got the shortest name, but I'm not willing to put that out as a FACT without checking it.

Finally, I enjoyed the side-by-side belittling of Our Fair Land with the clues "Land between Can. and Mex." (USA) and "All vice presidents before Harris" (MEN). Everybody enjoys a friendly JIB once in a while, right?

Posted by Horace Fawley at 7:57 AM