DIDN'T WE JUST HAVE THIS?

Hello, Dear Reader. I trust you have enjoyed the past two weeks of reviews by Frannie and Colum. I've checked in as I could, but that little span was a whirlwind roller coaster ride for me. I'll not impose upon your time up front, but if, after reading whatever review I throw together, you have any interest in it, there'll be a little more and a question for you later. 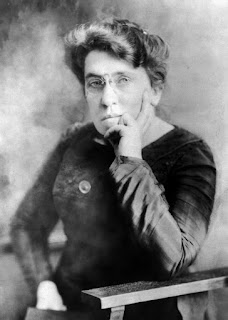 But first - "Didn't we just have this?" Don't I remember a Sunday grid published somewhat recently that used duplicate answers? It wasn't quite the same thing, but I definitely have that feeling that ITSDEJAVUALLOVERAGAIN. Of course, the puzzle could have run more like fifteen years ago, because I'm slowly working through the archive...

Anywho, the phrases using the repeated words are all pretty much perfect, and they made me chuckle, and what else can one ask for?

Well, I could ask for fun and/or interesting non-theme answers, and I get those too! "Body part that humans have that other primates don't" (CHIN), for example. Why did we develop chins? What's the advantage, other than it makes us all look so damn good? And on the other side, "The last thing a Mississippi cheerleader wants?" (ANI) was hilarious. Great way to spice up a three-letter answer.

"Chemical ingredient in flubber" (BORAX) is another nice geeky one, and "Crib sheet user" (BABY) is a terrific, tricky clue. Nobody ever thinks of a literal crib sheet. Hah! And right next to it - "Team building" (ARENA) was also great. And later, "One with a nose for gnus?" (LION) was cute, and "A pan might come with just one" (STAR) was lovely. Very nice work.

OK, so here's the thing - a week ago Saturday we had a big 90th birthday party for my Dad, an avid crossworder and one of this blog's regular readers. It was a great success - lots of cake, stories, friends, etc., but a few days later, he suffered a catastrophic eye event that rendered him unable to drive (yes, he was still driving), read, and, obviously, unable to do crosswords, Spelling Bee, or any other word game done on paper. I'm not sure exactly what the diagnosis is - macular degeneration or retinal hemorrhage (I think the former) - but it had already happened in one eye, and now the eye that was his "bad eye" has become the "good eye." Anyway, I know this is heavy - far too heavy for a silly blog - but I've taken the news almost as hard as he has, and Frannie and I are suddenly researching screen-readers and assistive technology to help him. If any of you know of a voice-activated tool that could read crossword clues and enter answers, let me know. And I guess if you know of technology that can be used to read pdfs of newspapers, I'd be happy to hear about those too.

So I'm distracted, but that's all I'll say about it for now. Thanks for listening. Carpe diem.

Posted by Horace Fawley at 8:51 AM