I FWOEd today on the tricky 21A "French, to the English?" I originally dropped in oath, but then, when I remembered TRITON (Son of Poseidon), I had to take that out. Eventually, I ended up with SNO_, and I didn't know "Anna with two Emmys for 'Breaking Bad,'" so I guessed that it must be SNOb. Rude, but ok, I guess. Then, when I didn't get the "Congratulations" announcement, I looked all around and kept coming back to that square! Finally, I ran the alphabet and landed on SNOG. Hmm. I like my original guess better. Frenching is a particular type of snogging, isn't it?

But that's probably enough about that. 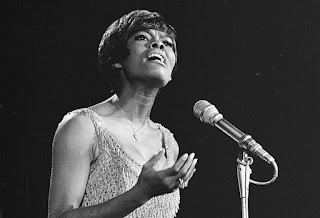 I loved being able to drop in ALEXANDRIA (City with a famous library) on a Saturday, and it got me off to a good start. LIFEOFPI (Best-selling novel that begins in Pondicherry, India) was another gimme (even though I have neither seen nor read it). ACROPOLIS (Literally, "high city") is always lovely, MELONS (Noggins) was fun, and everyone loves the word "Inkling" (VAGUEIDEA).

TAPSTERS (Barkeeps) and AERIALYOGA (Fitness activity done while suspended from a hammock), and KALI (Master of death, in Hinduism) are all new to me, but that's good on a Saturday, right?

There are a few nice "double clues" like "It's nothing" (NIL, NADA) and "Supports" (BACKS, DEFENDS). And I'm with a bunch of friends this weekend, but sadly not the kind with whom I could hope for a NERDFEST of joint crossword solving. Unfortunate, really, because I think it would have helped me today. :)

Posted by Horace Fawley at 8:25 AM