You know how some people like to say "Rabbit, rabbit!" on the first day of the month? Well, I just noticed that it was the last day of the month, so I tried to think of a reciprocal chant. And what might chase a rabbit? 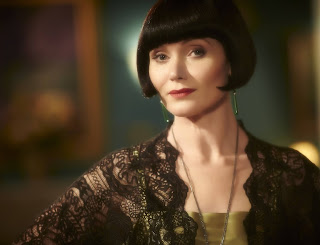 So, you might have noticed that I sometimes use the review to say things about myself. Today I could have been thinking about the phrase "Rabbit, rabbit!" because I finished this puzzle in 10:13. Frannie and I have this thing about time where we translate the time into a date, and if it is significant in any way, we say it out loud. So when I saw my solve time, I might have said "Ten thirteen" out loud, which would make Frannie think of the date "October 13th," which is my sister's birthday, and my sister is a person who says "Rabbit, rabbit!" on the first day of the month.

And here's another little story about me. And this one actually relates to the first word in the puzzle, VASE (Mason jar, in a pinch). Frannie was spring cleaning yesterday, and she found an old salad dressing cruet with two caps next to it. You know, those Seven Seas ones? We use an empty Bon Maman jam jar nowadays to make salad dressing, but still, I knew that we used to have a second cruet, and my first instinct was to look for it on a shelf where we keep flower vases. It wasn't there, but a little while later I remembered that the cruet had been put into use as a flower vase to hold some confetti candy from Sulmona, Italy that was made into the shape of flowers, and it was upstairs in Frannie's room. Anyway, it's funny how the brain works sometimes.

I liked this puzzle a lot. The triple- and double-tens were all solid, there was humor - "Appropriate name for that woman's husband?" (HERMAN), interesting trivia - AUSTRALIAN (... "No wukkas") (What is with those AUSTRALIANs?), clever non-QMCs - "Top-flight destination" (ATTIC), good cultural references (NEMO, DIANAROSS, PIKACHU, ANDY, etc.), and just enough esoterica, like SCRIES (Uses a crystal ball). It was TRES clean, with very few NONOS.

Posted by Horace Fawley at 6:41 AM