It's not often that on a Friday I get the entire top row immediately, but that's what happened today. 1A: Displeases one's buds? (TASTESBAD) wasn't fooling me today. And DODGE seemed just so obvious for "10A: Dart maker … or dart." They've started making those again, right? Anyway, several more were entered after a MERE (48A: Enfant bearer) glance at the clue, and all of a sudden, it was done.

Overall, I liked it fine while it was happening. The central 15 cross of ANAKINSKYWALKER (8D: Knight who fell to the dark side) (another gimme), and FACEBOOKFRIENDS (31A: They might like your comments) (took several crosses for this one!) was nice. BUTTS (29A: Moon views?) was shockingly hilarious (I actually tried "asses" at first!), and who doesn't love the term POPO (28A: Cops, in slang)? FRIDAY (23A: People thank God when it comes) was also amusingly clued. And on a Friday, no less!

It's been a while since JOECAMEL (47A: Ad mascot in sunglasses) reared his ugly head,… and what the hell is a DEMIJOHN (12D: Cousin of a carafe)? And let's see… TOWAGE (39A: Impound lot charge) isn't my favorite word, but I'm really reaching if that's all I can find to complain about. 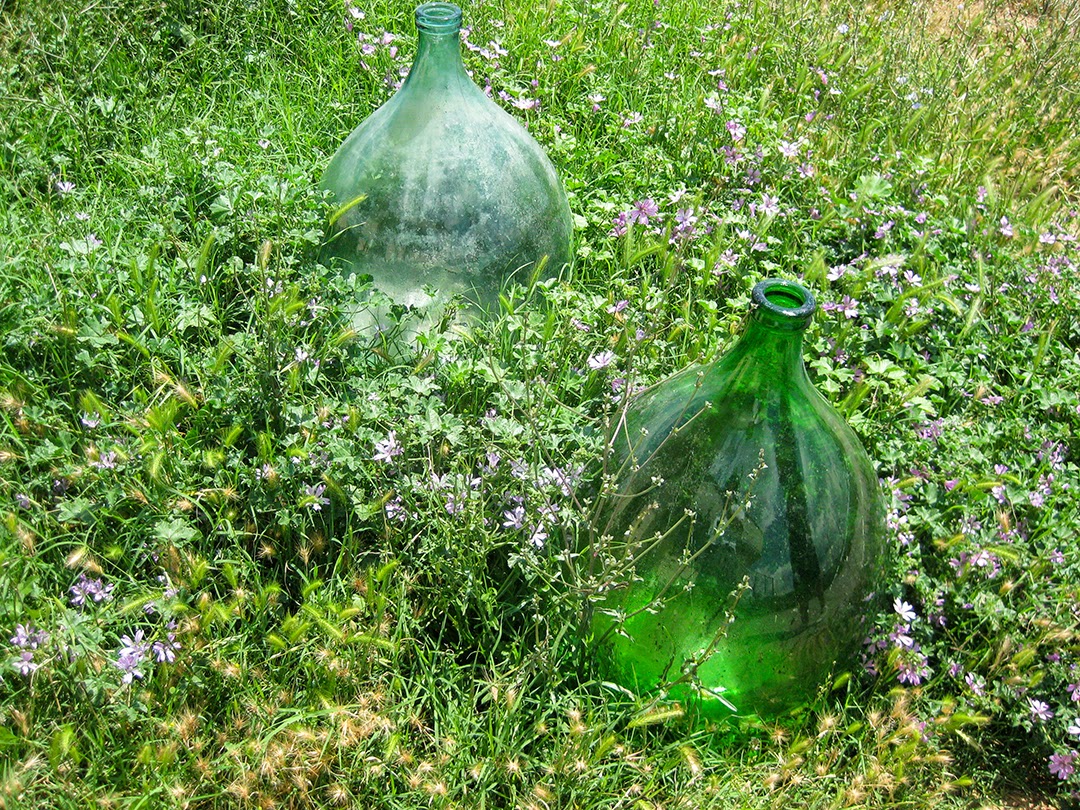 Surprise of the day - that EDY (26A: Joseph of ice cream) is a man, and that's his last name! All these years, I had it wrong!

Really, the more I look at this, the better it looks. Lovely stacked eights in the corners, and not a clunker in the bunch! Good clueing, interesting, fresh fill. ERGO (5D: Accordingly), I give it a big thumbs up!


p.s. A DEMIJOHN, sometimes called a carboy, seems to be any large bottle having a short, narrow neck, often covered in wickerwork. They used to be a symbol for chianti, basically. This picture is one Frannie or I took when we were in Italy several years ago. We fell in love with them, and now each time we go, we dream of taking one home, but they're just too big! Anyway, that might be the surprise of the day! I'm glad to have finally learned what those are!
Posted by Horace Fawley at 10:50 PM