A real STARSTUDDED (60A: Like the Oscars … or the answers to this puzzle's seven asterisked clued?) puzzle today! I had to look a bit to find the sixth and seventh asterisked answers! I kept looking at WISECRACKS (46 Words from class clowns) and MADAGASCAR (32A: Title island of a 2005 DreamWorks animated film), but to no avail. They are, instead, out on the perimeter - the amusingly dated (right? No one makes this claim anymore, do they?) LESSTAR (13D: *Cigarette ad claim) and the even-more-obscure ASTARTE (40D: *Ancient fertility goddess).

Even after the rough start in the NW, with DRJ, EAU, and PJS (none of which is terrible by itself, but the group together seemed a little much), this puzzle won me over with the excellently clued BEERGUT (11D: Opposite of six-pack abs, ironically). After that, it was a smiling solve. 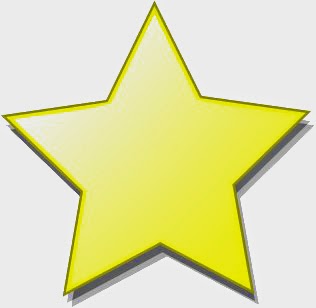 Another thing I liked was TORTUGA (31A: Island setting for "Pirates of the Caribbean"). It's my favorite contrada in Siena, and when we were there to see the Palio a few years ago, their horse won! And COMTE (57A: Title for a French nobleman) is one of Frannie's favorite cheeses, and it was made in an area very close to where we spent time in a chalet earlier this Spring… even SORORAL (47A: Sisterly), which on another day I might well have found a bit much, today looks interesting and unusual. Such is the power of amusing cluing, I guess.

Overall, I liked this one. It wasn't perfect, but for a Wednesday, it wasn't bad.