A smooth and pleasing themeless from Mr. Berry. I've never seen Frozen, so 1A is something I know purely from these crosswords. OLAF is a classic bit of crosswordese, so I'm glad it's no longer clued with reference to the King of Norway. I'll give it a C-, and it's definitely one of the worst bits of the puzzle, so unfortunate it's at 1A. Fortunately, everything looked up quickly thereafter.

The NW corner actually fell into place quickly. I had ORBS, which led to BLEND____ (I misread the clue to be in the present tense. I like FENCERS, and ACEYDEUCY is really nice, although I wanted there to be another E before the final Y, so left it as ACEYDEUCe. This led to that small section being the final area I filled in. 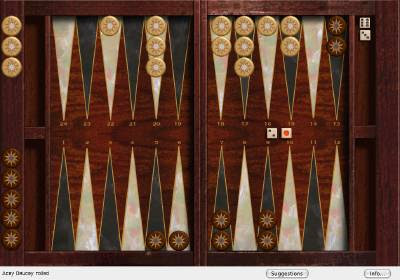 19A: Words before taking a shot? (SAYCHEESE) was very good - I was thinking about "lights, camera, action", or "ready, aim, fire". Very nice clue at 8D: SpongeBob SquarePants lives inside one (PINEAPPLE) - which leads to the point that living in an underwater pineapple is pretty absurd.

There are a number of misleading clues. How about 41A: Time unit (ISSUE) - nice hidden capital there? And crossing it, 31D: South African game (GNUS). 44D: Ironic items to steal (ALARMS) is just plain silly, in a good way. And SMORE redux!

I think my favorite clue-answer is 42D: Given a raw deal (SHAFTED), just for the rawness of the answer. I also enjoyed 30D: Metropolis misidentification (ITSAPLANE).

I probably liked the NE the least, with FILLIP and LUIGI. AQUIVER is a nice word, though, even with that extra A.