My last blog post of 2015, and I break the 3:30 mark! Tomorrow I turn the reins back over to Horace and Frances to finish out the year. Is this really the second year I've done this? Yes, in looking back through the archives, I see that we started switching months in January, 2014. It doesn't feel that long, and I'm still about 29 years old in my mind, too, so that's how that sort of thing works. 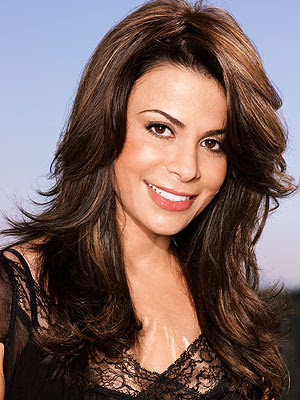 Today's puzzle went by quickly (clearly), but I did notice the odd pairs of As in the middle of each long answer. And thus, the revealer: MIDASTOUCH, or, reparsed, MID "A"S TOUCH. That's awfully clever, Mr. Livengood. It is certainly true: each theme answer is ten letters long, with the pattern [4 letters]AA[4 letters]. Of these 5 answers (and that's a lot, along with the revealer), two are topnotch, namely FIONAAPPLE and PAULAABDUL. What an odd mismatched couple these two popstars make!

LHASAAPSOS is perfectly acceptable, although that pluralization was needed to fit the pattern. SANTAANITA is likewise acceptable: I guess I'm docking it slightly because I've never heard of it, but it's been in operation since 1934 and it's been hosting the Breeder's Cup for the last 4 years. Finally, OPERAARIAS is just a made up phrase, and pluralized to boot. While there are arias outside of opera (oratorio, cantata, even individual songs; the famous Bach "air" from the Orchestral Suite is also an "aria"), you'd still call a solo in an opera simply an aria.

Despite the large amount of theme, there's still room for some nice fill, such as LAKEGENEVA, CLIPBOARDS (although pluralized again), and SIXTEEN. 1A: Add alcohol to, as punch (SPIKE) is very nice, and I give it a B+. Of course there's enough of the OLIO ARG CCCP ORES ARAL stuff, but my nose was not turned up by it.

Some good clues abounded, especially for a Monday. I liked 49A: C minor, for Beethoven's Fifth (KEY) and 32A: Union man? (GROOM). My favorite though, was 6A: Caesar dressing? (TOGA). Nice.