It's the start of a new month, and so I'm back on the job again. I have to say, I was envious last month of the puzzles Horace got to review, including the week of "never-done-before" style puzzles. Fortunately, today's grid was an above average Sunday offering.

I'm actually sitting at Horace and Frannie's kitchen table even as I type this in, and Frannie and I did the puzzle together. Horace didn't even get a chance to offer much, although he helped with the very last entries.

The theme today is occupations, split across longer theme entries such that they form the "frame" around the answer. I was all ready to be upset with 32A: Longtime California senator (BARBARABOXER) because I thought "boxer" would be the occupation in question. Instead, it's "barber", which is still one of the weaker answers. My favorites are the first one, with "actuary" and then 80A: Rap sheet entry (PRIORARREST), with "priest". That last one is really the best because the occupation is so well hidden. 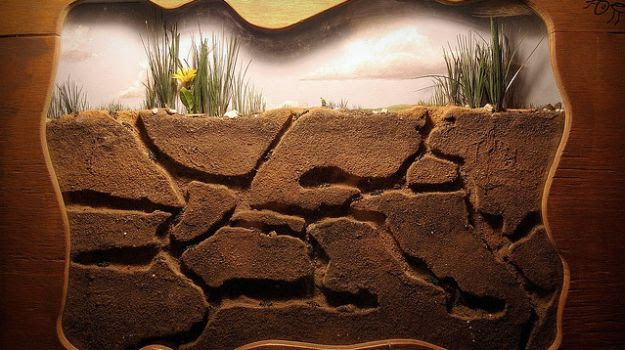 The grid has a lot of lovely longer down answers. The two pairs of ten-letter downs in the middle W and middle E are excellent. SILLYGOOSE and CLEARASMUD both made me smile, while AMAZONECHO gives a taste of modern life, next to TRUMANSHOW, which is not as good because of the "the" missing from the answer. Meanwhile, I really love WRITLARGE.

1A: "I've heard enough" (SPAREME) is very nice, and it put me in a good mood for the puzzle. I'd give it an A-. 20A: Relative of a bug (WIRETAP) didn't fool me for a second, because of the recent references in puzzles in the last week or two. While there was a fairly typical amount of the not so nice fill such a large grid requires (REMS, BAROF, DILLS, RETIP), I was able to look past it easily enough.

I have a new theme of the month, starting today: I will nominate my favorite non-theme clue-pair answer in the puzzle. This will clearly be subjective, to say the least, but then, it's my pulpit, and I can preach how I please. Today's nomination is 65A: Kind of rock (GARAGE). I had the GAR___ and entered GARnet initially, and the switch from real rock to the music form was a very pleasing turn. I will welcome (and likely reject) other people's suggestions.