Earlier tonight, Frannie and I had dinner with a woman who saw the Beatles live in concert, not once, but twice! And now we've got this NORWEGIANWOOD theme! What are the chances?!

All was immediately obvious once I had about four or five crosses through the first part (IONCEHADAGIRL), but I suppose that will be true for many people, it being Tuesday and all, and the Beatles being the Beatles and all. So the theme is fine. How can you knock it? 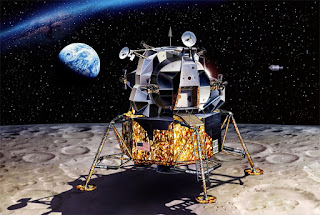 The rest of the fill is a little hit-or-miss. Huygens will certainly enjoy BALI (16A: 1952 Hope/Crosby "Road" movie destination), not because he loves the movie (he might, I don't know), but because he himself will be on the road to Bali very shortly. Perhaps if he hasn't seen it he'll put that movie on the queue! 59A: Long ago, long ago (ERST) is clever, and was the runner-up for favorite clue. I also like HADOUT (2D: Borrowed, as a library book) partly because it is nicely colloquial, partly because I now work in a library, and partly because it took me a long time to figure out. And speaking of that, 12D: Wield (PLY) is a little tricky for a Tuesday, no?

I enjoyed the paired Hope/Crosby clues, the paired "Kind of tide" clues, and interesting tidbits like 9D: Marc who painted "Russian Village Under the Moon" (CHAGALL) and 47D: Daughter of King Cymbeline in Shakespeare's "Cymbeline" (IMOGEN).

1A: Picked (CHOSE) - meh. C.
Favorite clue/answer - 15A: Something that might come to light? (MOTH) That's good, even with the question mark.