I've noticed some feelings of guilt on my part when I don't get this blog post entered until late at night. This is silly on many counts, not the least of which being that Horace told me he really only wanted an entry posted every day. And this counts. But then I have this idea that maybe as many as 25 people are out there, waiting for the blog to post. Counting the seconds. Desperately sitting in front of their computers, obsessively hitting refresh.

Anyway, I'm just saying it's time for me to get over myself, and comment on today's puzzle.

I'll start with my two errors. 72A: Currency unit, briefly (ATM). I somehow convinced myself that it was referring to an electrical current, and entered Amp (i.e., brief for ampere?!). And then I even checked the cross at 67D: D.D.E's predecessor (HST). I said Harry S. Truman to myself (note the middle name, which was S, not an initial), and said, yup. HSm. Got it.

It was only when I'd finished and saw 51D: Oil spot? (MUSEUM - very nice clue!). MUSEUp made no sense at all. All the letters worked except the last one. Yet another reason for me to get over myself.

The theme is cute: take a phrase where the second word has THREERS (how great does that look in the grid?) and replace it with a "homonym". Reclue the resultant phrase with something wacky, and there you are. My favorite is definitely 29A: Priest getting what's coming to him? (CLERICALHEIR), both for the silliness of the phrase and the ludicrous nature of the clue. The others are fine, just not as funny (to me, at least). 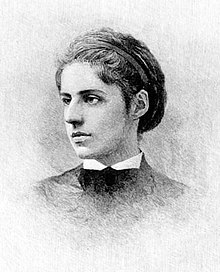 I was confused by the fact that two of the theme answers have an equal length answer just above or below. It was especially confusing because 14A: Market not to be bullish in? (CHINASHOP) was also a joke answer. I got this one off _H_N____, which I'm actually kind of proud of, and it's why I'm making it the best clue-answer pair of today.

The fill suffers somewhat for the density of the theme, but there's plenty of excellent clues abounding, including 1A: Wraps around the subcontinent (SARIS). Nicely done, taking a tired bit of crosswordese and freshening it up. Good for a B+. 24A: Authors of fiction? (PENNAMES) is a bit of a stretch, but I liked it.

How about 73A: Feeling sexually aroused (RANDY)? Huygens, it's almost too blunt!

I'm mostly pleased with this puzzle.