Aha! A crossword for the librarians among us. Or anybody who enjoys the Oxford English Dictionary. I was mildly disappointed that the OED crosses were replicated four times in the puzzle, rather than choosing a different "reference" to "cross". But really, what would they have been? Roget's Thesaurus (RT... uh...)? The Encyclopedia Britannica (...EB)? Bulfinch's Mythology (BfM! Nope). So, not terribly disappointed in actuality.

The revealer here is very nice. Would some like to nitpick that the OED is not so much a "reference" as a set of "reference books"? Not I.

I had some fun analyzing the words that contain the "OED" fragments. There are three past participles (SOLOED, HOED, and ZEROEDINON), two of which are from verbs that end in O, one that ends in OE. There is one adjective that derives from a past participle (PIGEONTOED). Then there is the adjective that derives from an abbreviation of a longer adjective (COED). There are two proper names, one of which is Greek in origin (OEDIPUSREX - I love that the entire name of the play is used), the other of which spans two names (JOEDON). And finally there is a phrase where the fragment crosses two words (RADIOEDITS). It's a nice mix of options, not repeating the same derivation over and over.

I really loved the flow of the grid. It moved very smoothly from one section to another. The NE and SW corners are isolated, but approached through a two square opening. I found myself starting in the NW and naturally moving all the way down to the SE. The grid-spanning revealer helped a lot.

I didn't like TEAC right next to ACER. Otherwise, I loved the two moons in nearly symmetric placement (especially PHOEBE!). I imagine some might have had difficulty with BROCA, but he is extremely well known in the world of Neurology. His "area" is responsible for generation of the motor aspects of language. 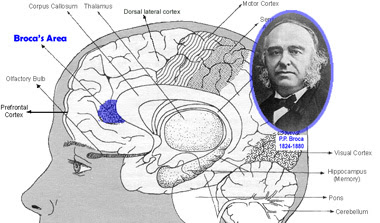 1A: Facebook entry (POST) is fine, elevated by the subsequent Facebook reference, but only a slightly. I give it a C+. A couple of nice clue-answer pairs, but my favorite is 47A: Name that Ogden Nash once rhymed with "No thonx" (BRONX). Ogden Nash FTW. I also liked SERAGLIO and PEZ.