Mr. Kravis had me on the run at the start, when I looked quickly at "1A: Filing station?," and was fooled into assuming there were two "Ls." I thought about gas pumps, not a NAILSALON. But STRAP (10A: Bookbag part), on the other hand, went right in, and from that I quickly filled in the NE. SPINES (10D: Things seen on a bookshelf) is lovely in its literalness, and I liked RISKPRONE (12D: Like someone who invests in volatile stocks) (had RISKtaker in there for a while), but INSTA (18A: Photo app, slangily) is something I have not, happily, heard anyone say. 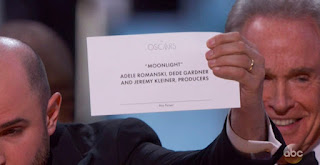 I really liked RODEUP (25A: Shifted, in a way, as a skirt). Such a great expression, and one that I have never seen in a puzzle. (Indeed, this is the first time it has appeared in the NYTX!) It also reminds me of something I like less, and something I'm not even sure I should put in print... but what the hell... My wife and her sisters, when they were very young, came up with the expression "Indian underwear," for those pairs that were "Creeping up on them." .... I know, right? Yikes! Sorry.

Anywhooo, I found lots to like in here. The nine-stacks were solid, with such lovely entries as INVIOLATE (15A: Kept sacred), SETPIECES (64A: Furniture and such onstage), and ENFORCING (62A: Putting teeth into). We also have GETSRIDOF (33D: Deep-sixes) and ATAPRICE (39D: Not without consequences), and if all that weren't enough, there's also a shining example of the kind of clue/answer that, when you finally get it, makes all the ASTIs, SRIs, and IDOS worthwhile - 27D: Dimensions without planes (NOFLYZONES). That's just beautiful.

So thumbs up. I could go on and on - I wanted, for instance, to mention that the very word "denim," used in the clue for 1D, includes, in a way, the answer. Denim is French for "from Nîmes" - "de Nîmes." Cool, non? And what about TITTLE? Seems a little risqué lying there right next to BEAVER. Too much? Perhaps.

OK, I'll sign off, but I'll say again that this was a good one.