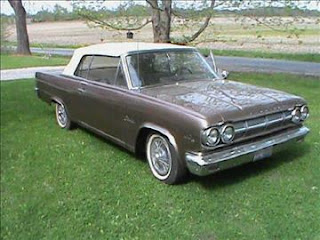 Ok, that's maybe the weakest one. The other five got at least a quiet smile, if not a true guffaw. My favorite might be the one that was the toughest for me to parse correctly:

Heh. It's funny because Luke's hand was cut off in The Empire Strikes Back. ... too soon?

1A: "Common Sense" pamphleteer. B.
Favorite: Maybe WRING (35A: Squeezes moisture from).
Least: 16A. For obvious reasons. Runner up: 51D. (The former gets the nod because he will, unfortunately, probably be "in power" longer.)

This puzzle is heavy on theme, and I think the rest of the fill suffers for it. We've got some odd abbreviations - MLLES, ODS, OTC - a near repetition - IMIT, INIT - and the unfamiliar expression "Play HOB with (do mischief to)." My deskside dictionary gives, in the etymology for the second definition of HOB, "an elf or goblin" which I guess would make sense with the expression. So there, I've learned something, and that's always a plus.

Another thing I learned (the hard way) is that INDIA is the "Second-most-populous nation." Did you notice that China also fit there? Hmph.

So in the end, it comes down to whether or not a good theme is enough to support the necessary gluey bits, and I think here it was just barely enough. I did get a kick out of the silly knock-knock jokes, and I've learned a thing or two, so let's give it a thumbs up.

p.s. It's a debut! And over on xwordinfo.com, the constructor tells of one knock-knock that Will didn't allow - Hutch. Hutch who? Gesundheit. Hahahhahahaaa.... ok, that would have been the best one. I look forward to more from Mr. Cox, and I wish him luck pushing through more of his original ideas.
Posted by Horace Fawley at 11:13 AM