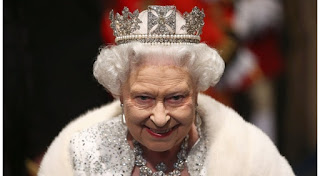 Spread out, to varying degrees, as though on the rack, inside longer answers, are found today the names of the four evangelists.

And speaking of entertainers, it's quite a coincidence that "Ed Sullivan," whose variety show ran from 1948-1971, fits into 11-Down, which is clued with "Variety show host of 1951-1971" (REDSKELTON). I thought first of the more famous host, which slowed down that whole NE area. Also slowing it down was the difficult, at least to me, 21A: Didn't buy, say (LEASED). Tricky!

There were some dusty old words today, like ESCARP (would have preferred either more "escarpment" or less "scarp" here), ABAFT, and ENCASES. And there were quite a few names aside from the four circled ones. I didn't find this especially inspirational, but it was a serviceable Tuesday.