THE LONG AND WINDING ROAD

Wow! A very tricky Sunday! And, I might add, much, much more difficult to complete on an iPad, where the central "long and winding road" is totally made up of black squares into which you cannot enter letters. The Beatles connection was a big help, and once I saw what the letters along the road would spell out, it helped me to finally figure out such tricky ones as CLE[V]ELAND (78A: Harrison's successor) and ALE[R]TEST (23D: Most watchful). 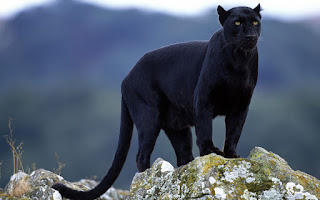 On the other hand, entries like 65A: "The Time Machine" race (ELO[I]), and 68A: Delany or Carvey (DAN[A]) were some of the ones that gave away that there was something else going on in the first place.

So again I say Wow. It was a struggle, and the sparse placement of the letters on the road was a bit troubling, but in the end, I am a fan. I mean, come on, it's a Beatles-related theme, and it had some nice bits of trivia! So let's look at non-theme stuff.

1A: Major tenant of Rockefeller Center (NBCTV) - It's fine, but it's an abbreviation. On the other hand, it's kind of an unusual abbreviation, because it's made up of two separate abbreviations mashed together, so let's give it a C+.

I very much liked the long downs in the center, especially BROADSID[E] (37D: Strongly worded attack), EVANESCE (59D: Slowly fade away), DELUXE (68D: Extra-special), and PLATEAU (80D: The highest form of flattery?). I liked the little Penny theme in 15D: Penny, mostly (ZINC) and 94A: 1943 penny material (STEEL). CLAMORED (106A: Raised a ruckus) is nice, but seems like something that no one would say. And RANARACE (28A: Emulated the tortoise and hare) is clued so absurdly that I had to smile when I realized the obvious answer was so obviously correct.

So thumbs up. It's an unusual theme, a tricky puzzle, and I applaud it. Nice work, Mr. Blindauer.