I still haven't started solving on paper, but I'm glad I didn't today, because I never would have known if I was done or not! I have never heard of FOIAREQUEST (58A: Journalist's tool since '67), IPCRESSFILE (15A: 1965 Michael Cane spy thriller, with "The"), or the COUGHBUTTON (18A: What might help a hacker go undetected?). That last one, I understand, but the first two I'm not really even sure how to parse. My last entries were the R and G of ARGONNE (7D: W.W. I battle locale), and even though I knew it was right, I wondered as I was filling it in if maybe there were a different WWI battle site that might fit there. I mean, the Ardennes is pretty close, right? 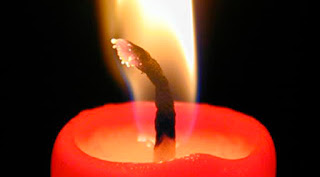 So anyway, the theme, if there is one, is lost on me. I've heard the name Rachel Maddow, and I guess maybe she's on TV or radio, or both, and maybe she's a reporter? Is that right? Maybe one of those TVHOSTS?

On the up side, I love that they got BITEME (11D: "Kiss my grits!") (Is Rachel Maddow from the South?) in there, and ROCKFANS (1D: Those who've seen both Europe and Asia, say) got a big groan. As did the clue for DIODE (47A: Cellphone component). Really? That's how you're cluing that? And is SLOTTING (38D: Programming manager's specialty) intended to be connected to the "theme" somehow? Because if it isn't ... !

Wait, I started that last paragraph trying to be positive. Let's get back to that. ALGORE (45D: Who said "Take it from me, every vote counts") was good/sad, and MARAUD (24D: Go pirating) and CRITIQUE (36D: Review) are good words. RSVPED ... not so much.