All I can say to today's puzzle is YESYES! And in a positive way, rather than the way it was clued.

I knew I was going to have a good time when I entered 14D: 1992 comedy based on a long-running "S.N.L." sketch (WAYNESWORLD). Perhaps others can think of examples of such movies arising out of SNL that reached the same level of hilarity, but I can not. And it follows nicely on this week's Queen-themed puzzle. NEDFLANDERS was a gimme, and after entering SOFARSOGOOD, I felt it was describing the solve well. 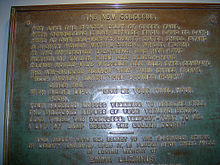 ABNEGATE (an excellent word) got me into the middle W, which led to 37A: Gathering where burping is encouraged (TUPPERWAREPARTY). For the win! That is excellent.

Even better though, is the superb cluing at 10D: Things used on bridges to ease congestion (NASALSTRIPS). Hah! I was taken in completely. Even having the ____STRIPS, I was wondering about those moveable central concrete barriers that can be zipped over a lane as needed during rush hour. I was so taken in, that even with NA_ALSTRIPS, I needed the cross from MASSES to figure it out!

Little details elevate an excellent crossword puzzle. I'll leave you with the final two across clues in the SE corner. At 62A: Napoleon, for one (DESSERT), you have an example of a capital hiding the fact that the clue is not, in fact, referring to a specific entity, such as the historical figure. At 64A: Outback offerings (STEAKS), you have the classic hidden capital, where the clue is now in fact referring to the restaurant rather than the geographic locale. Brilliant!

There are other examples, as well, but I'm just glowing from this puzzle. Nice Friday.