While I wouldn't call this puzzle a CINCH, exactly, I did seem to be on the same wave length as Mr. Barkin this morning. There were only three "knowables" that I didn't know (NAOMI, REESE, and JESSE). I even knew KFC (One of the Yum! brands) thanks to our friend's annual Kentucky Derby party. Although, I just read the Derby's sponsor is, as of 2018, Woodford Reserve. Now that's what I call apt. :) CHIA (___ Pet) and GINSU (Kind of knife in old infomercials) were squarely in my wheelhouse. If you're like me and you have a soft spot for the infomercials of old, check out this great song by Steve Goodman called "Vegematic".

I quite enjoyed the theme today, although I didn't fully appreciate its scope until after the solve. Each clue suggests a more appropriate star for a movie based on his or her last name for which the theme answer is a synonym. For example, "Movie that really should have featured Anne Archer?" is ROBINHOOD. My favorite is "Movie that really should have featured Vin Diesel?" (BEETLEJUICE). Ha! I thought SPIDERMAN for Weaver (as in Sigourney), while not a wreck(nid), was an itsy bitsy stretch. Too much?

One clue/answer pair I particularly liked was "Little untruth"(FIB). It's the kind of clue/answer pair I enjoy because the clue is written so that the answer must be what it is, if you see what I mean. In this case, one could guess another three-letter word that means untruth (lie), but the clue is written in such a way that you know the answer is FIB; even if you don't know it right away, you know it when you get it. I also enjoyed the couple of self-referential crossword puzzle clues "Ref. that added 'cruciverbalist' (a person who does crosswords) in 2006" (OED) and "Pencil after lots of crosswords" (NUB). 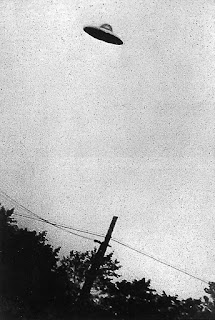 I've got to ASIAGO and get to some ADULTING. Later.