An amusing "mash country names together and re-parse them wackily" theme today. And it's nice, thematically, that the top and bottom answers have three countries, the inner ones have two, and the center is the revealer. Odd, I find, that the October 24 date is used, instead of some other way of describing it, but, well, maybe they didn't want to give it away too quickly. Be that as it may, I enjoyed the challenge of carving out the words correctly. They're just so tortured! Take, PERUSERBIASPAIN (57A: Suffering caused by reader prejudice), for example. There's just no way "peruser bias pain" is ever going to be uttered in real life. Nor, for that matter, "Ira, no manic eland" (17A: "You can't bring in a crazed antelope, Mr. Glass!"). But still, I appreciate the absurdity. I would have preferred "Cubs" to "Cub." Maybe Cuba wants to change its name... 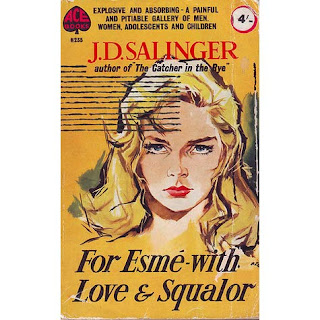 It seemed a tad inelegant to include UGANDA (3D: Landlocked African country), and are ISUZUs still sold in the U.S.? It seems like years since I've seen one.

I enjoyed SCABBARD (6D: One close by a swordsman's side), OCCULT, SCAPULA, STARVE (45D: Eschew rather than chew?), and BILLET (21A: House, as soldiers). I've seen that a lot in the WWI letters that I've been transcribing for Europeana. It's fun! You should try it.

The bottom line is, I like the U.N. I think it's a good idea, and I hope that someday all countries will be a part of it. There's not much hope for us humans if we can't find a way to get along, especially as more and more of us crowd this small blue dot. On the other hand, though, we're doing a bang-up job trashing the place, so maybe, if we're lucky, we'll all die off before we're forced to cooperate.

Sorry. Too dark. Hopefully, Frannie will be back with a more cheery review tomorrow. :)