How can you tell the difference between a chemist and a plumber? Ask them to pronounce the word UNIONIZED.

It's a classic joke, and today we're to play the chemist. The first three theme answers have been ION-ized, as it were, and the last three have been un, or de-ion-ized. 32A: Pontiff's gold treasure (PAPALBULLION) is my favorite of the top three. The only drawback is that it's probably a real thing. Don't you just imagine that there's a huge cache of gold somewhere in the Vatican? How can there not be. 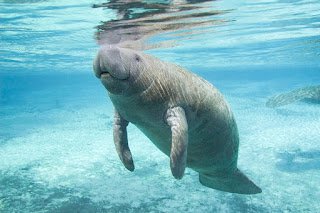 Of the lower three, my favorite is RHETORICALQUESTS (119A: Speakers' searches for just the right words?). Again, it's funny because it's true. :)

The worst of all six, for me, is WITHONEACCORDION (24A: How polka bands get their start?). The ionized answer is great, but I've never heard the phrase "with one accord" before.

PASCALSWAGER (4D: Philosophical argument for belief in God) was interesting. I was not familiar with it. Pascal argued that a rational person should believe in the Christian God because if it turns out that there is one, the wagerer gains Heaven and all that, but if there is not, he loses very little. This, to me, is weak. I do not believe in any god, but I also believe that if it were to turn out that there were a god, and this god actually took the time to somehow judge each of the billions of humans when they die and then relegated them to one or another afterlife based on the way they lived their life, that I would get the good afterlife. (Why would any rational god demand upon belief in itself?) And if not, then I'll get to see what "eternal damnation" is like. "Heaven for atmosphere, Hell for company," right? And really, how bad could it be? If you knew you were never going to actually die, couldn't you eventually get used to anything? Anyway, this is too much, probably, on this topic. Especially in this venue. :)

Speaking of all that, OBITPAGE (26D: Dead reckoning?) was funny. And I liked the hidden (at least to me) obviousness of 25D: Evidence left by a moth (HOLE). I kept trying to think of what they might leave behind... a cocoon? Some kind of web?

I chuckled at the theme. The fill was fine. Nice to see ATTU again. It's been a while.