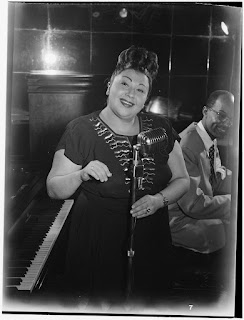 Boy, this flew by. Until, that is, I got the dissolving "halfway done" starburst (does anybody else solve online and get those little things?). I looked up and the clock was only at 1:30, and I thought "Oh my gosh! I might break three!" Then, of course, things slowed right down. And in the end, I had guessed wrong on CZAR and had to spend some time finding my error(s!). Sigh.

So what do we say? Is it strange that some entries that aren't thematic start with S? Like SARTRE and SHINE, SEX, and SNAKE? Or is the object simply to savor the sibilants? That must certainly be so. Study the signals, such as: 19A: Sitarist Shankar (RAVI), 39A: Steakhouse specification (RARE), and 47D: Second-stringer (SCRUB). And a special shout-out to a non-S clue: 57D: Where the buoys are (SEA). Cute.

It's not every clue that has an S, but if you squint you can sort of suppose an S is created by the sinuous black squares in the middle... skeptical? So maybe it wasn't a sizzling, slam-bang solve, but certainly not one to skip.

p.s. Silly me, a secondary aspect of the theme slipped past me. It's not simply an S-S theme, but a vowel progression also! If only I had seen that and changed the end of the first paragraph to "satisfyingly sewing six (so many!) sundry theme answers synergistically!
Posted by Horace Fawley at 11:07 AM