I've been seeing a lot of Mr. Newman's work lately, as he edits - and sometimes creates - the puzzles that appear in the Harvard Crimson. Those puzzles have a slightly different feel than the NYT puzzles. Sometimes that difference makes for more of a challenge, in part because some things appear that I'd never expect to see in the NYTX. I don't have any examples at hand, and now it's probably too late to collect any, as they stop publishing the Crimson after graduation, which is next week. But suffice it to say that they are more lenient with crosswordese and questionably uncommon constructions. 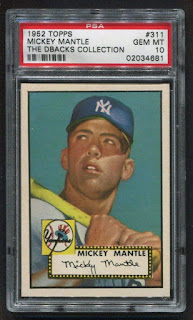 Boy, that first paragraph makes it sound like I'm getting ready to rip into this one, but really, that's not true at all. Sure, I didn't know one cross (RURITANIA/DORNAN), but I don't feel bad about that one. One is an actor I've never heard of, and the other is an interesting bit of trivia that I am happy to learn. Also, I made what I believe still is a decent guess in RURITArIA and DORrAN. (I had already made an educated guess on the beginning R where it crosses ABRAM). Sometimes you just don't know things, and that's okay.

So why did I start that way? I really don't know.

And speaking of starting off questionably, I entered the puzzle quickly with two confident mistakes - reckleSs for SLAPDASH (Too fast to be careful) and amAss for HOARD (Stockpile). They were corrected just as quickly thanks to PEA (Shade of green) and ODIE (Cartoon character often shown with his tongue out), and then things progressed more smoothly. (Until the SE!)

I had never heard that QUEENVICTORIA was the "So-called 'Grandmother of Europe,'" but I enjoyed learning it. Frannie should be happy to see Louis QUATORZE in the grid. She's a bit obsessed with him (although her favorite French king is his grandfather, Henri Quatre).

I liked all the answers with extra letters - STELMO, HOUSEMD, EREADER, and USSENATE. Sometimes I think those extra bits make the answer harder to see at first.

DINT is a great word. OPENBAR is a great concept. There's little that I find exceptional - maybe only TEC, which I think is pure crosswordese - and there's a lot of good cluing "Opening of an account," for example (ASIRECALL). Overall, very clean and very fun.