This puzzle really hits the mark! It's got over 60 squares devoted to theme material, and it's spread out over the whole thing. If you're solving on a computer, the themers light up in yellow when you hit 39-Across, and they are everywhere! 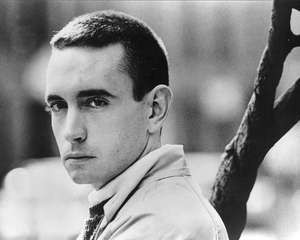 With all that theme material locked in place, you'd expect a lot of word putty (sorry Mr. Fromm, I'm stealing that term), and if you want to find some, you can in AUS, TEC, REN, TRI, and APR, but really, none of those bother me. Well, except maybe TEC. I'd bet that that one survives largely thanks to our little community of solvers, but to be sure I'd have to investigate. (*rimshot!)

OTOH, with all the long answers dedicated to theme, there's little room left for standouts. I bet Mr. Cee tried hard to make 26-Down end in "town" to cram in yet another themer, but then must have realized that he had hit the wall, as far as theme goes. Instead we get TARTARE (26D: Served raw, as steak). Does anyone still get steak TARTARE? Me, I've had tuna that way, but never red meat.

Of the seven-letter entries (the longest non-theme) I like IKNEWIT ("No surprise to me!") the best. ACTSUP (Develops a glitch) was good, TOWNIE (42A: Full-time resident of a college community) took me too long, and SAMOA cookies used to be a favorite, although I don't think I've had any since my sister was selling them.

So in the end, it pretty much was all about the theme today, and for my money, it was enough.

By the way, those of you who pay attention to such things might have expected to see Frannie's byline today, and to you, I apologize. It's me again. Frannie's birthday is this week, and on her wish list of presents was a week off from blogging so that she could really RELAX.

I hope that she, and you, all have a great week. Happy Monday!