It is still fall, technically, but its oranges and reds faded weeks ago to browns, giving many the blues. Maybe that's what Mr. Hay was getting at with his colorful theme today. Then again, maybe I'm reading too much into what might instead be just a colorful theme. Four theme answers, two pluralized for the puzzle, two naturally occurring as plurals. It seems a little unusual (and fancy!) to have four grid-spanners on a Monday, but I'll take it. 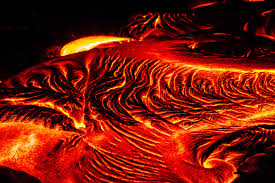 Why can I never remember the names of people in the movie "Frozen?" I even saw the film, but when confronted with 57A: Queen in Disney's "Frozen," I froze, and went straight to the Downs. CRUELLA De Vil, on the other hand, dropped in without a second thought! Why? NOIDEA.

Enjoyed seeing the complete EDHELMS in the grid, and MAINSTAY (Chief support) and SMITTEN (Completely enchanted) are nicely uncommon. The partials ACAR (Rent-____ (Hertz or Avis)) and IASK ("Can ____ you a question?") look inelegant to me now, but I can remember that when I was just starting to do crosswords, it was these easy "fill-in-the-blank" clues that I would scan for first, so I could get a quick start somewhere. So maybe on Mondays we should give these softballs a complete pass? NATAL (Birth-related) and EBAN (Abba of Israel) on the other hand, seem slightly inappropriate for the day of the week.

The theme is simple and colorful (unless I'm missing something again, which is entirely possible), and the fill is reasonable. I don't have much else to say.

p.s. I did, again, miss a subtlety of the theme. Each color is preceded by a "place." I'm not sure my mind is fully on the puzzles this week. I shall endeavor to correct that tomorrow.
Posted by Horace Fawley at 12:16 PM