Well this is a theme I've never seen before, and I like it! Who doesn't like language-based themes?!

THENANDNOW, or, past and present - the two tenses of four verbs are found within the four theme answers. The four examples are all a little unusual or obscure, but they are real things. DIDGERIDOO (Australian wind instrument) (that's kind) (did/do) is one of those things that I think most people have heard of, but they might not know how to spell. I sure didn't! WATERFEATURE (ate/eat) is the entry I consider the most common, yet I still wonder if my father would know the term. WASPISH (was/is) was the most difficult for me. I tried peevISH, and then even when I had WAS_ISH, the P was just a plausible guess because I have no idea what OPA (Cost-controlling W.W. II org.) means (I'm guessing the A stands for "administration"), and I don't think of WASPISH meaning "petulant." And finally, WEGOTOGETHER (got/get) is one of the lesser-known (I think) songs from "Grease," but once I got it I could sing it, and now I'll probably have it in my head all day, thank you very much. :| 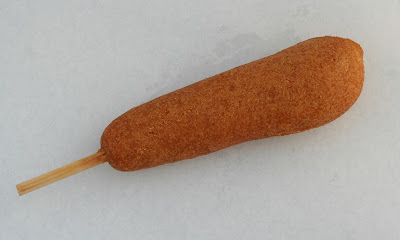 We have some nice long entries in what some might call the "non-theme" direction. The horizontally-challenged direction, as it were. (No... it probably weren't... ) We've got the picturesque FIRSTSNOW (Winter milestone) (It's snowing outside as I type!), the evocative ONYOURMARK (Line heard from the starting line) (I feel my legs cramping up already!), and the "stop-reminding-me-worthy" NEWSAGENCY.

Elsewhere I enjoyed RUNATAB (Build up charges), SCHWA ("America" begins and ends with this) (Də!), and HEGOAT (Billy). And I like the strangely distant clue for USA (Its members are represented by stars). States as members is a nice old-timey thought. Heck, I wonder even about citizens as members ... or presidents ... I don't feel a whole lot of membership camaraderie these days, but maybe it's just me.

One more thing - I don't first think of MAHLER when I see the word "Leid," but then again, I wasn't the music major. :)

Like yesterday, the theme wins the day today. I just love this kind of craziness.