The Turn continues in fine fashion with a fun-filled Friday offering from Ms. Reid. She threw in a little something for everyone today - a nod to the Boomers (or their parents) with HAIRTONIC (Men's grooming aid), to the Gen-Xers like yours truly with THECASBAH (Place "rocked" in a 1982 top ten hit), a gem for the "Crystal collectors, maybe" (NEWAGERS), and a raised MOCKTAIL to today's trend-setters. And to the one who doesn't find herself among those groups, "POORDEVIL." 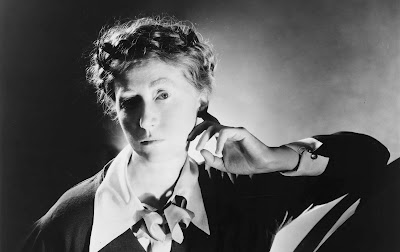 I always enjoy a nice "double clue," as we find in the NW ("Oath locale" for COURT and ALTAR), and I loved three of the four Downs in that quadrant. POLO is fine, but AUTO (An exhausted person might be on it) was unexpected, DRAFTY (Like a hospital gown, maybe) was oh so vivid, and STRAIGHTS (They're in good hands) was straight-up clever!

Another pair of clues that had me stumped for a while was "Threat bearing small arms?" and "Subject of a scandal, maybe." I had everything but the X for a minute or two, before finally getting SEXT. The clue for TREX, now that I get it, is hilarious.

Other QMCs that got a chuckle were "One famous for seeing double?" (NOAH) and "Old knockout?" (ETHER). And on the other side, "Sources of buzz" (HIVES) was also fun.

There's more I could mention, but IDONTHAVEALLDAY. It's been a great week of puzzles so far, and I'm already looking forward to tomorrow! (My money's on Ms. Weintraub.)