Today's theme was a quantity of enjoyment. :) How much, you ask? It ranged from a GRAINOFSALT to a TONOFBRICKS. Interesting that 'a grain of salt' featured in yesterday's theme as well.

There were a number of fun clues. I especially liked "What a robber hopes to get?" (AWAY). As an added bonus, that one crossed "How robbers get caught" (REDHANDED). Apt! I also enjoyed 60D: "Why is a flower like the letter A? A: Because a BEE goes after it." Ha. I appreciate any mention of ERLE Stanley Gardner as I am a big fan of the old show Perry Mason. As I re-watch episodes, I notice that many episodes feature the introduction of then-new technologies like immediate check cashing verification (by phone), pocket-sized sound recording equipment, and in "The Case of the Medium" (1961), ESP testing!

Also in the grid I found an ample allotment of fun fill including FORAGE, PLY, FEASTS, NEON, and HOGTIE - we've all been there! 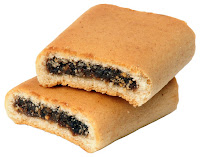 I wanted to use ARCS for the image today, but in available pictures I found of falling stars, it was all straight lines - none looked the least bit like arcs. I suppose, like much in this world, it's a matter of perspective.

As a person who very rarely DOLLSUP, it is perhaps not surprising that I have never heard of GELEE in a cosmetics context. Anyone know if it's any good for hiding a POUNDOFFLESH? :)