Today's theme includes two answers I'm not familiar with. One is the revealer itself. I've never heard of CLAPBACK("Respond quickly and sharply to criticism ... or a hint to 17-, 28-, and 46-Across"), but, after consulting some example sentences, I am chalking it up to me being out of the loop on today's social media interactions. For the theme answers themselves, one must add the word CLAP to the "back" of each answer. So for ROLLINGTHUNDER that gives us THUNDER CLAP, there's also LETSTAKEITSLOW CLAP, and the other new-to-me term: GOLF CLAP. As defined by the Oxford Dictionary it's "an instance of deliberately restrained clapping by an audience, of a type considered appropriate during a golf tournament but expressing a lack of approval or appreciation in other contexts." I think I will be able to find situations in which the golf clap will come in handy when I'm back in circulation. :)

I was off to a good start with ABBA, MAKEDO, and RIO, but I dropped the BALL when it came to "Frisbee sport." I backed myself into a corner by confidently entering 'ultimate' - the other 8-letter Frisbee sport - instead of the correct DISCGOLF. Progress also slowed in the south west. I entered the incorrect BiANCA for "Like the middle band of the flag of Mexico" (BLANCA) and I didn't know "Bruins' sch." but luckily I realized UCiA wasn't likely to be correct before the final buzzer went off. It's times like these that I feel I'm back to square one on sports trivia. 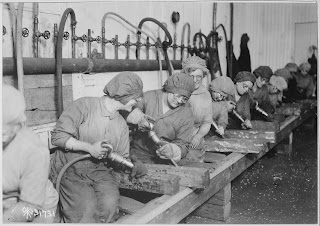 I liked MENSCH, KITTENHEEL (as a word, not to wear), and LEAPSECOND. I also chuckled at DINGO, thinking of that bit in Seinfeld, but I just read about the origin of the phrase and maybe that one should take a back seat.