Well, I didn't DNF today, but the way things were going for a while, I really thought I might. I finished all but the mid- to southeast in about 15 minutes, but it took me an XTRA twenty minutes or so of putting my brain to UTES before I could complete the puzzle.

As usual, it was the massing of unknowns in one region that caused the slowdown. The rather vague (to this solver) "Green org." (USGA), followed by "Participant in a 1990s civil war" (SERB), followed by my misreading of "It comes three after pi" (TAU) as "It comes after pi" (rho) threw a real wrench. It didn't help that I had PaTS for "Rewards for good behavior, maybe" (quite a less satisfying reward than the real answer for most, I imagine), and no ideas for N.L. Central player. The unknown-to-me Lou DOBBS and the tricky "Pat on the back" (BURP) conspired to leave me answerless in the bottom southeast corner. But, perseverance paid off, and once I guessed US as the start of USGA, and took out the aTS of my erroneous 'pats', I finally saw SETTLEDOWN for "'Quit horsing around'" and that was enough to get me through the BELLAP.

I thought the overall difficulty level was good for a Saturday. A few answers that I was able to drop in like JANEDOES, FLICKR, FAKEID, AIRJORDANS, and HEFTY enabled me to get some of the long downs like CARAMELCORN and CADILLACMAN, and off I went like a JESUSLIZARD. :) 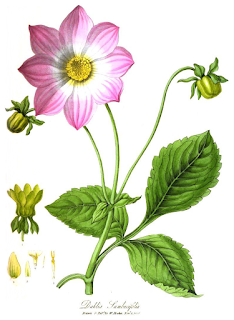 There are some  beautifully tricky twists in the cluing, my favorite of which is the very clever "Complex figure?" (OEDIPUS) - that's one for the books! Also good were "Refuse to go there!" (DUMP) and "Make a delivery" (SPEAK). I liked ASKANCE and SPENDY as fill.

Here's where I should be saying, "see you all next week," but as most of you know by now, we crossword enthusiasts won't be able to gather next week for the this year's ACPT. The Tournament has become a highlight of the year for us here at HAFDTNYTCPFCA. We'll miss the camaraderie of fellow solvers and the chance to pit our wits against the best. Take care out there, keep puzzling, and see you next year, if not sooner.