I love seeing this kind of open grid on a Saturday. Wide-open corners, chunky feel ... it would have looked slightly more daunting, I think, if the central diagonal were shorter, but even so, it looks very nice. That said, it was one of those very rare Saturday's when things just fell into place very quickly. 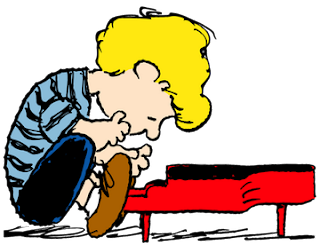 I immediately thought of "b-ball is life" for 1A, so it wasn't hard, after LAS ("____ Mañanitas" (Mexican birthday song)), LOVETT (Four-time Grammy winner Lyle) and FACEPALM ([I'm such an idiot!]) fell in, to change it slightly to BALLISLIFE. OK, maybe FACEPALM went in once I had the F ... sometimes it's hard to remember.

One piece of that quadrant that took longer was the chuckle-worthy C/AP "Set for the afternoon?" and TEASERVICE. Nice. And although I didn't know "Renato's wife in Verdi's 'Un Ballo in Maschera,'" I always enjoy seeing the name AMELIA. BITEME, on the other hand, was a bit of a shock for this old prude.

MOONBEAM (Night light) was cute, ASCIIART (... \_(^.^)_/) was interesting, but there were many that just seemed kind of straightforward. SOLARCAR (Vehicle equipped with photovoltaic cells) and FINEDINING (Opposite of cheap eats), for example. Then there were a few that we've seen quite recently, like DATAMINE (Dig for insights, digitally) and MEETCUTE (Trope seen in rom-coms). And very few, like MASER (Atomic clock timekeeper) and ISIDORA (George Sand title heroine), that were truly Saturday-level.

I whipped through this in 0:08:24, which for me, on a Saturday, feels quite fast. I liked it fine - especially the fun bits, like EASYA (School softball?) - but it's always a little disappointing to be done with it so fast on the weekend.

What'd you think of it?