A themeless Saturday by Mr. Collins closes out "African-American Constructors Week" at the NYTX this year. With any luck, such a week will not be necessary in the future thanks to a greater diversity in the pool of constructors, but for now, it is good to raise awareness. And speaking of raising awareness, it almost seemed like Mr. Collins was hinting at another week focussed on another underrepresented constructor group - women. The top of the grid has the side-by-side STEPHANIE and HELGA right above HERSTORIES (Chronicles from a feminist perspective) and ERA (Long-proposed constitutional inits.). That last is a nice pairing with yesterday's H.R. 40, neither of which seems likely to be fully acted upon. Sigh. 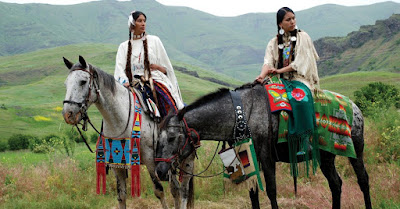 I thought a few of the clues went a bit too far today, but maybe I'm just INNEEDOF a little education. Take "A real cinematic tour de force?" (STARWARS) for example. What's the joke here? Is it a pun on "tour de force" and "the Force" used in the movies? If so, it didn't really work for me. And "Nice pair of boxers?" (PECS) - I get it, the pectoral muscles on boxers are well-developed, but no one would ever say a boxer had "a nice pair," would they? It also brings up an uncomfortable association, squeezed in between the princess and the failed amendment. But I'll leave that.

On the other hand, I did let out a laugh when I finally got HOTWIRING (Getting started the wrong way?), and I thought "Big scoop" was cute for SHOVEL. Also cute was "More venerated ... or ventilated? (HOLIER). And my favorite might have been "Government program?" for THEWESTWING. Very nice.

So a bit of a mixed bag, but still a nice tough Saturday.

Posted by Horace Fawley at 8:48 AM